This is Eeyore, an Ayrshire Bull, the Leader of the Herd at Cresset Community Farm

For the summer, I am participating in the “barter share” at Cressett Community Farm near Loveland, Colorado, the largest biodynamic farm in Colorado. As a barter share member I work three hours a week for a weekly share of vegetables through the summer growing season. I thought this would be an interesting and hands on way to learn about biodynamic farming, an ancient system of farming that relies on cows (and their manure and urine) for the health of the soil – and other goods and services, like milk and meat. Sometimes cattle are also used as draft animals for farm work on biodynamic farms. I am also pleased to be eating the most delicious, nutrient-dense, and beautiful produce for the summer in my “will work for food” arrangement with the farm. This is produce that I have happily payed money for with gratitude in the past. 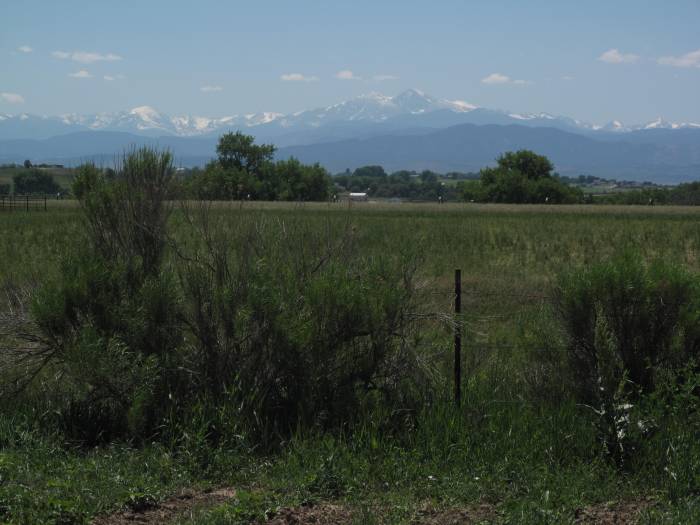 Cressett Community Farm is run by Lawrence and Ursula Holmes. Ursula is from Germany and Lawrence met her at a biodynamic farm they both worked at in Europe. They decided to come to the United States to teach biodynamic farming methods to affluent Westerners who could benefit from knowing about biodynamic farming in the flourescent and sullophane world of chemical laden, processed, pre-packaged food. While most universities teach that farming with chemicals and pesticides are the only way to maximize yields, biodynamic farming uses organic compost, crop rotation, and human ingenuity to produce nutritious food that preserves human health and does not diminish the natural environment. Without farmers like Lawrence and Ursula that are willing to teach young farmers, this knowledge would be lost. 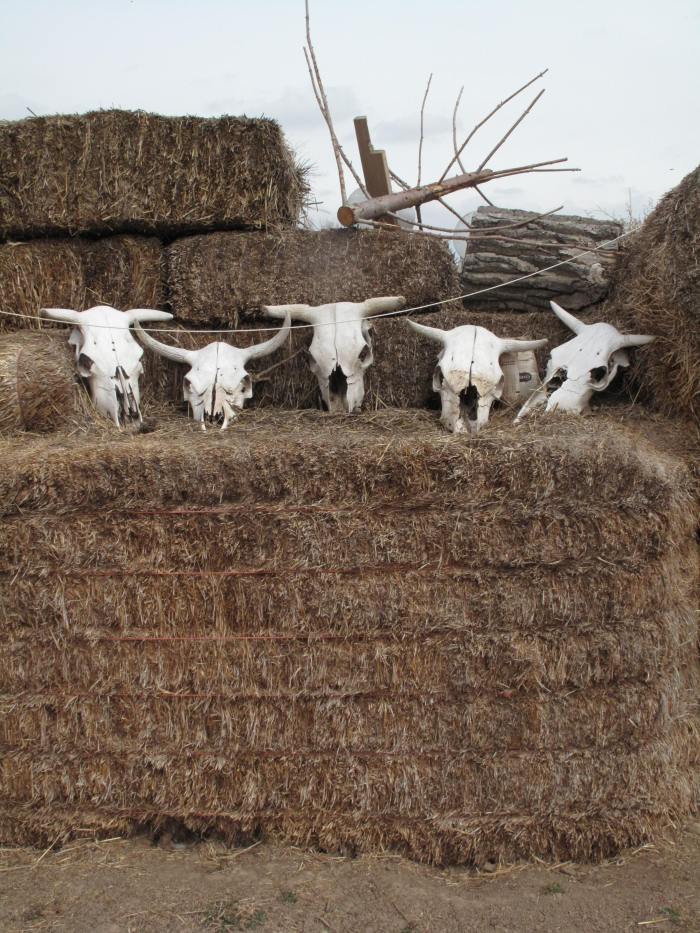 A biodynamic farm is structured to function like an ecosystem. Everything is designed to benefit the farm as a whole and nothing goes to waste. Like an ecosystem biodynamic farming systems have a cyclical and elegant logic to them and there is little if any “garbage.” Planting and harvesting are conducted by the waxing and waning of the moon and topical treatments such as fertilizer and pesticide are made at the farm using ingredients that are natural – in the truest sense of the word (often times grown or produced on the farm – i.e. cow manure) and designed to increase the energy of the soil and the nutrient-density of the fruits and vegetables.

Animal manure – in particular cow manure – is an essential part of biodynamic farming. At other biodynamic farms I have visited, cow urine is made into a slurry that is applied to fields in small doses where it benefits the microorganisms that live in the soil. At Cressett the cows fertilize the fields naturally. The large vegetable field was at one time the cow’s pasture. Now the cow’s are grazing and fertilizing other fields.

Sir Albert Howard and Edward Falkner, the founders of the organic farming movement discovered that animal manure used as fertilizer created ideal conditions for soil microbes to flourish. These beneficial bacteria and other microbes, called soil biota, are essential for plant life. They break down nutrients so that plants can absorb them. Without these bacteria, plants would not be able to grow. The complex matrix of bacteria and nutrient rich soil is called humus. An organic farmer is at best a soil scientist, one that creates conditions to maximize the volume and diversity of soil biota. This, in turn, maximizes plant growth. Conventional farming replaces the services bacteria provide with chemical inputs. Many of these chemicals actually reduce soil biota. Scientific studies have proven that organic/biodynamic foods contain more nutrients and vitamins than conventionally grown food for these reasons. 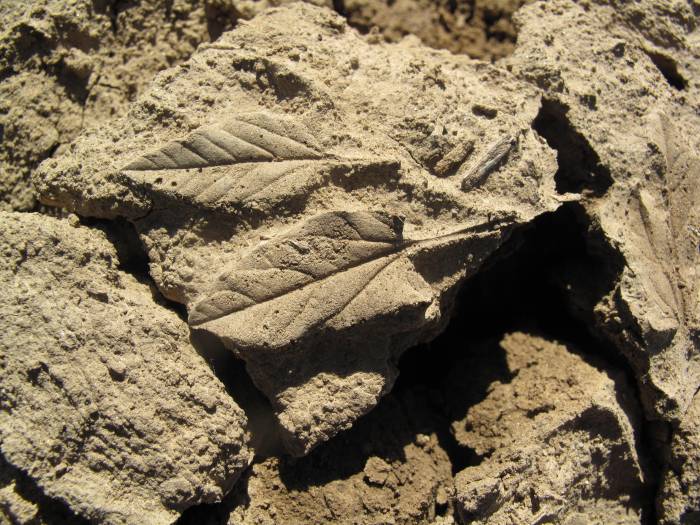 While Weeding We Found these Beautiful Leaves Imprinted upon the Soil

At Cressett the manure pile serves a dual role. Atop the long row sits a small hoop house with a simple plastic sheeting that can be easily removed. This serves as the farm’s green house-nursery. When the weather dips down to freezing as it is wont to do in March, April, and even into May, they pull the plastic covers over the flats full of tiny plants. The plastic traps the heat generated by the manure pile. When the temperature soars, the plastic is easily removed. After the planting season is over, the seasoned manure can be applied to the fields. This is just one of the many ingenious systems that are used on the farm. I’ll be writing more about Cressett’s cows and biodynamic farming in upcoming posts. 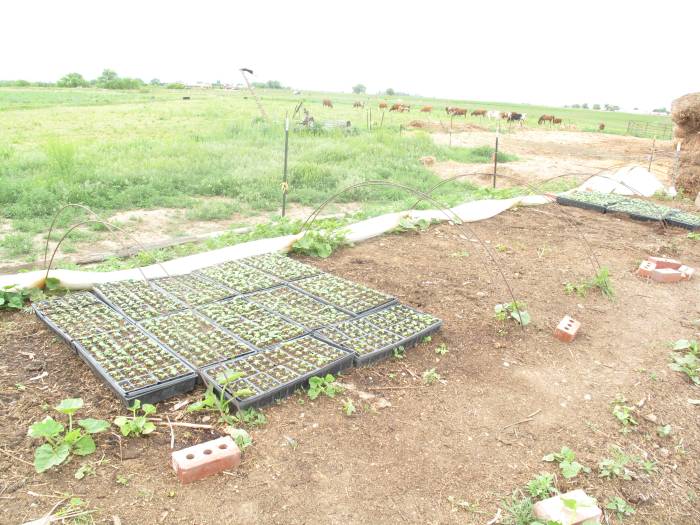