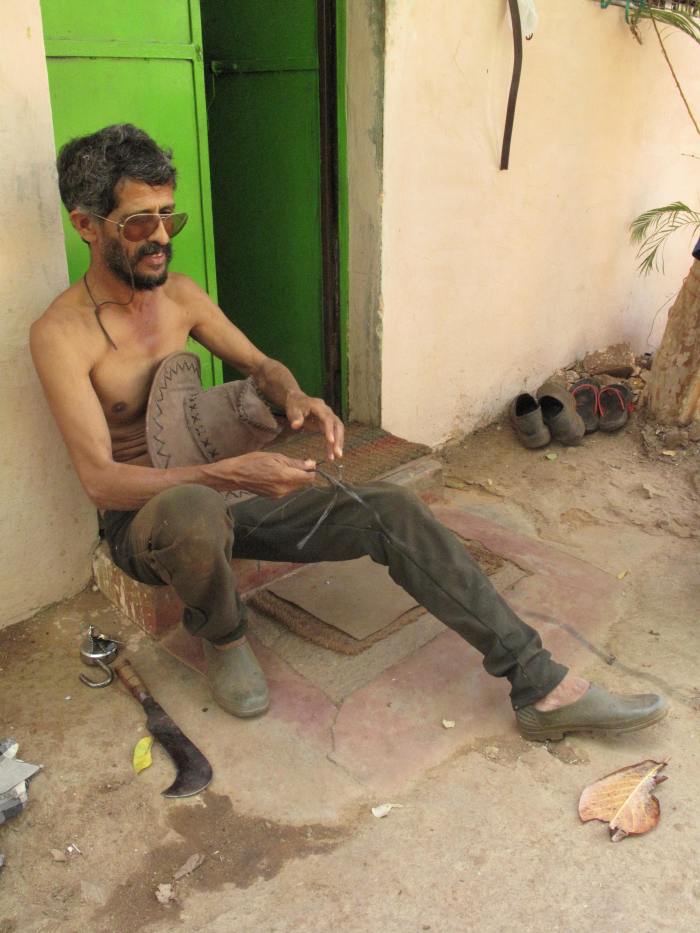 This is Sunder. He is an organic farmer near Mysore and a friend of several people at Jag Therapy. We visited his farm one afternoon and he told us about his farming methods and many of the issues facing small farmers in India. Food production is a major issue in India because there are a lot of people to feed, but the government does not always provide support for its millions of farmers. For example in the state of Karnataka, where Mysore is located, the government only keeps the power on for three hours in the countryside. They change the times weekly. The week that I visited Sunder it was on from 11 a.m. to 1 p.m. It is also too costly for most small farmers to be certified organic and the label is practically meaningless anyway because there are so few inspectors to regulate the lable. 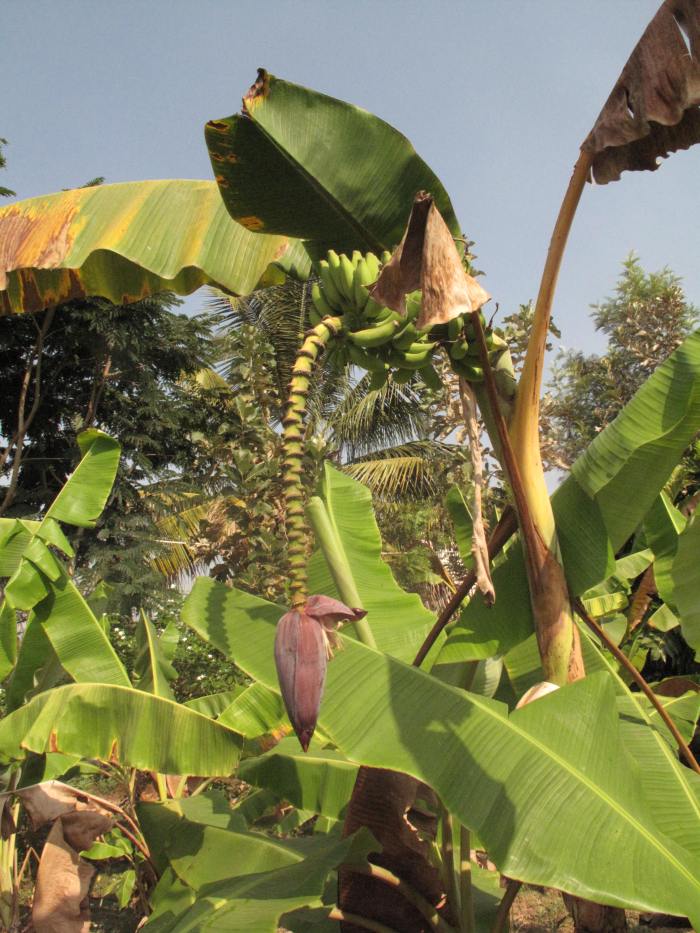 Banana Flower on an Organic Farm

Cow fertilizer and urine are the basis of organic agriculture in India, providing compost, fertilizer, and pesticide. Sunder explained how he makes “tonic” from cow urine, water, and other natural ingredients to make a potent fertilizer. A mixture of chili powder and cow urine is an effective pesticide. At another farm we visited it was inconvenient for the family to keep cows, but they bought manure and urine from nearby farms to use. 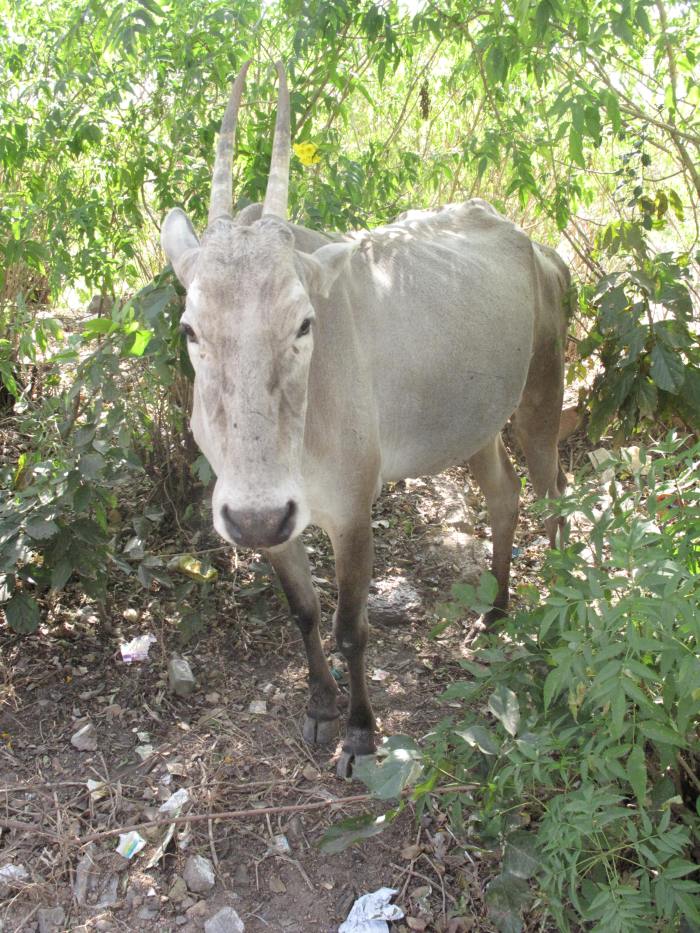 Last year when I came to India to research cows, my guide in Varanasi, Ashok, explained to me that Hindus worship things that are essential to sustain life. Cows are worshiped not because Hindus believe in reincarnation, but because they nourish humans. They are considered mothers because they give generously and get very little in return. The cows have been an important part of Indian life for thousands of years for many reasons. The provide milk, which is the only source of animal protein that Hindus ate (now some people live by more relaxed rules eating unfertilized eggs, chicken, fish, and goat), but it is the cow’s role in agriculture that has made it an integral part of human survival in India. Cattle were the first tractors and are still used in farming todayand their manure fertilized the fields and provided material for cooking fuel. After a cow died then it was used for leather. For Indians to move away from traditional farming methods will mean a move away from people’s relationship with cattle. Many farmers that are choosing organic farming over conventional methods are consciously choosing to farm with cattle as a way to live sustainably and reduce the dependence on fossil fuels which are used in petrol, but also in fertilizers and herbicides. 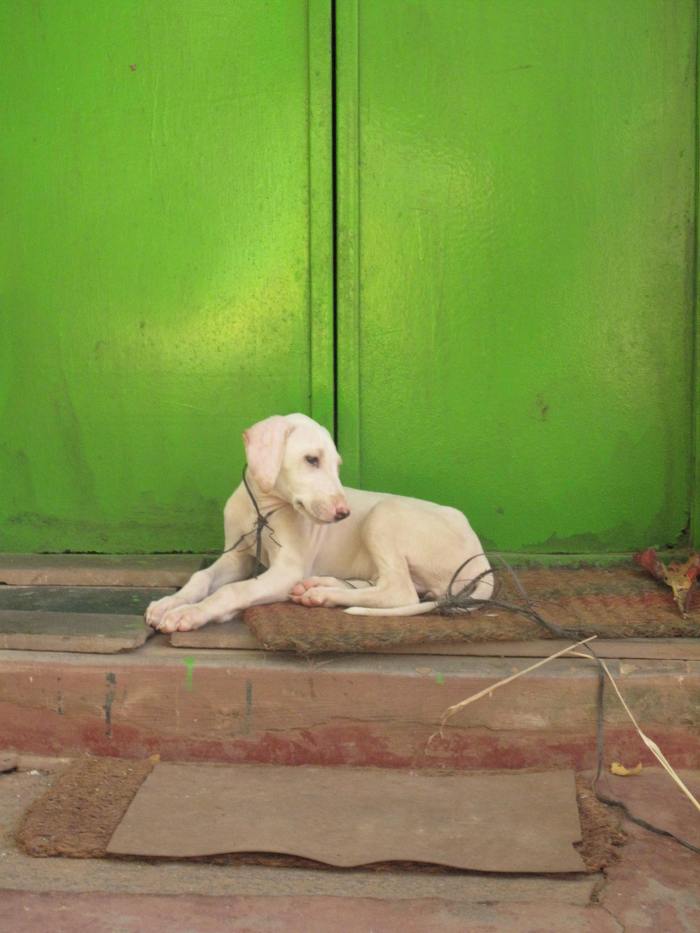