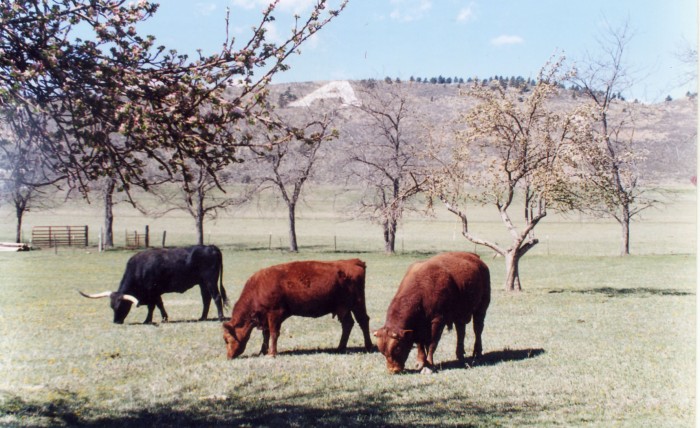 Chaco with Bubba the bull and another cow from his herd.

This is my neighbor, Chaco. He is a longhorn steer and has been my neighbor for 11 years now. A while back, I realize that Chaco had been a full-grown steer when I moved to my apartment and would have been at least eight years old at that time. Since most steers only live a little over a year, that made him pretty old for a cow. Steers are castrated bulls, so he wasn’t being kept around to produce more longhorn cows, either, and was likely a pet cow. (I later found out that this is true – and one day after his natural end, his extraordinary horns will reside over his owners’ mantelpiece).

As a cow, Chaco’s life is as good as it gets:  he lives on a huge pasture, is part of a herd, and spends his days eating grass. Aristotle had a theory that every creature lives on earth to carry out its telos, or life purpose. Bees make honey, birds fly, humans reason and strive to live virtuous lives, and cows spend their days roaming freely together eating grass. With the minor exception of not being able to grace the world with baby Chacos, Chaco gets to live out his telos, and this makes him one lucky cow.

The majority of cows in the United States don’t have Chaco’s idyllic life. I am often reminded about this fact by the smell from Greeley, a town 30 miles southeast of Fort Collins, and home to one of the United State’s largest beef processing plants. Ringed by massive feed lots, Greeley is an epicenter of industrial meat production. The smell of manure and, often, burning flesh from Greeley can settle over Fort Collins; an odor that leaves people feeling mildly disturbed until it passes.

Living next to a pasture full of cows and the aging Chaco, I started to think about the lives of cow:  the cows in the feed lot near the pasture where I keep my horse; the cows in the industrial dairies that I pass when I take the back roads to get between towns; and the cows being processed in the enormous high walled facility in Greeley. I started to think about my relationship to cows and discovered that my own good fortune was, in fact, largely due to cows.

My father owns a fast food franchise in the Pacific Northwest. Hamburgers had a lot to do with the success my family has enjoyed. While the fast food industry wasn’t my chosen profession, I realized then that I too, had “cow based” jobs. I worked at a Tex-Mex restaurant that only served black Angus flank steak in its numerous beef dishes, and I had lucked into a job doing some part-time marketing work for Organic Valley Co-op. Organic Valley is a co-op of 1300 family farmers across the United States that specializes in organic dairy products. I worked for them part-time in the summer representing the co-op at local festivals like the Sustainable Living Fair in Fort Collins by handing out samples of milk and cheese and talking with people about organic dairy products. As a vegetarian who was studying animal ethics in graduate school, it came as a bit of a shock that my own livelihood was, in a significant way, borne on the backs of cows.

This revelation was the inspiration for this project. Unless you are a vegan, have sworn off red meat, and/or are lactose intolerant, don’t wear leather, and don’t use products with gelatin (like gummy bears), your life is likely intertwined with the lives of cows, too – probably in ways you aren’t even aware of. This is no accident. Cows have played a starring role in the success of human civilization. They have provided transportation, food, clothing, fertilizer, and even entertainment in numerous ways for numerous cultures throughout history. This current era is no exception.

The more I considered the lives of cows, the more curious I became. Why is the life of a bull fighting bull in Spain different from an industrial dairy cow in California? Why are cows sacred in India and hamburgers sacred in the United States? Why is Kobe beef the most expensive meat in the world? And, what role do humans play in all of this? I decided to find out and to write a book about it, and it is all because of one black, longhorned steer named Chaco. 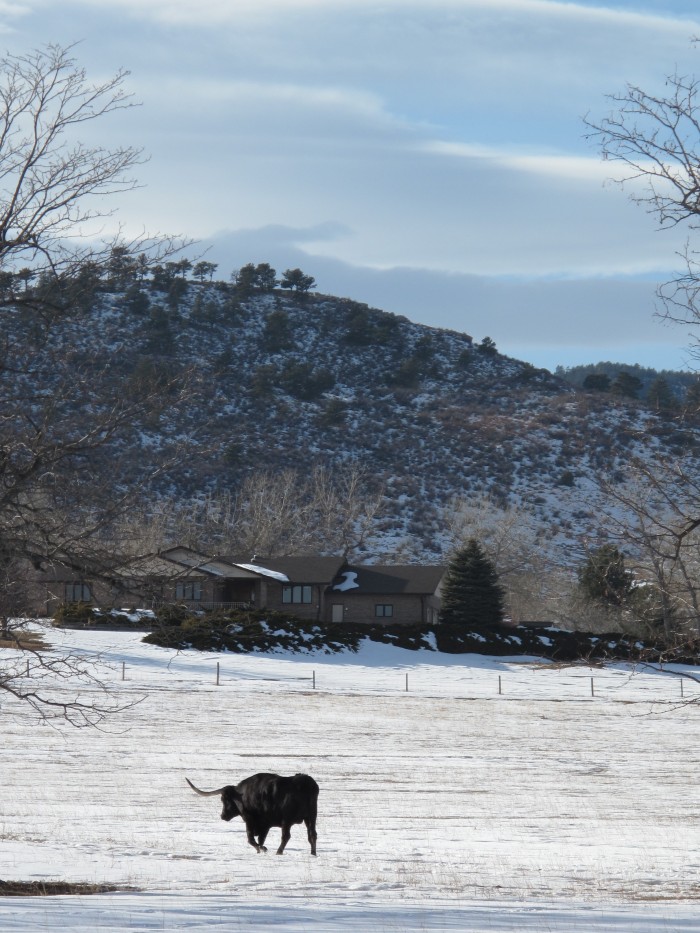